Online since 2006.
Welcome to the world's most-visited Ravidassia website. 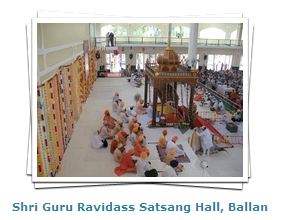